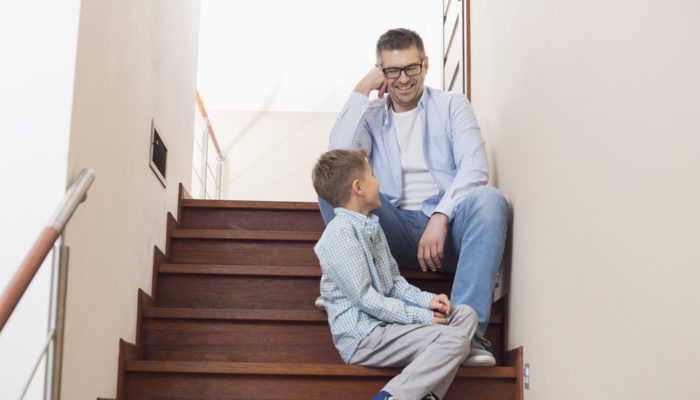 Today, many individuals are part of “blended” families. As such, many caretakers, particularly step-parents, are unsure of their parental rights. Step parent rights in Florida are difficult to understand without a deep analysis. Let’s examine a common scenario. In our scenario, one that has been litigated, one parent remarries and moves herself and her children into a residence with the new spouse. The family moves forward with all the formalities of a “nuclear” family, without realizing the step-parent’s legal rights or absence of rights. This raises the specter of the underbelly of step parent rights in Florida. What are a step parent’s rights over his/her non-biological child in our State? As always, we look to the Florida Courts for guidance. Call 407-335-8113 today.

In a recent decision, the First District Court of Appeals ruled on a crucial issue regarding step parent rights in Florida, and their decision is instructive. The Court ruled that a step-parent’s rights do not outweigh those of a non-custodial biological parent. According to the Court in Morris v. Morris, No. 1D16–4695, 2018 WL 1998887, (Fla. 1st DCA 2018), a biological parent’s interest in the custodianship of their minor child is in the best interest of the parent, and of the child.

Step Parent Rights in Florida Based on Recent Case Law

By way of background, in Morris, the mother of the minor child separated from the father and then remarried. Sadly, while the biological father of the child was residing in Germany, the mother passed away. The child was left in the exclusive care of the step-parent. This situation caused the step-parent to file a petition for ex parte emergency custody by an “extended family member.” Thus, step parent rights in Florida were litigated.

On appeal, the First District Court held that while the Best Interest of the Child standard set forth by Florida statute 61.13 is usually the applicable standard in child custody cases, the trial court had mistakenly applied this standard in a case involving custody between a biological parent and a third party step-parent. The Court held that the proper standard when deciding step parent rights in Florida is the common law standard of Parental Preference. The common law standard provides that where a dispute exists between a biological parent and a third party would-be-parent, great deference should be given to the biological parent regardless of whether the third party can provide better financial and social benefits to the child.

The District Court held that a biological parent should be awarded custody of their minor child unless: (1) the biological parent was unfit; OR (2) remaining with the biological parent would result in demonstrable harm to the minor child. The Court held that consideration of the right of a natural parent “to enjoy the custody, fellowship and companionship of his offspring” is older than the common law itself. Additionally, any detriment to a child must be more than just a discomfort normally “experienced by a child when moved from a familiar environment into one engulfed by the fear and uncertainty associated with the unknown.” The Court then reversed the trial court’s Order granting temporary custody to the step-parent and remanded the lower court to reexamine the biological father’s petition for custody. Step parent rights in Florida seem to be more defined as a result of the Court’s decision.

Jonathan Jacobs is a divorce attorney in Orlando and a family law attorney in Clermont Florida who treats his clients with the care and compassion they need. Call 407-335-8113 to find out about your step parent rights in Florida.