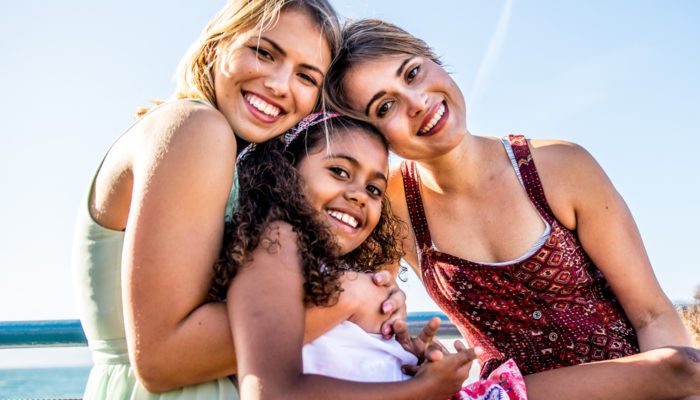 Advances in reproductive technology impact the constituency of the modern family, with a major legal and social impact on same sex parents and child custody. What happens when an unmarried same-sex couple uses artificial reproductive technology to have a child, and that couple later separates without having gotten married? In particular, does the former partner, who is neither the legal nor biological parent of the child, have a legal right to continue being the child’s parent?

To answer this complex question, we have researched an important case that addresses this very issue and is a seminal place marker in the same sex parents and child custody genre/field. According to the Court in De Los Milagros Castellat v. Pereira, the answer is no, a non-biological partner does not have parental rights in this circumstance. De Los Milagros Castellat v. Pereira, 225 So. 3d 368 (Fla. 3d DCA 2017). In De Los Milagros, the two litigants, De Los Milagros and Pereira conceived a child using assisted reproductive technology (artificial insemination). Milagros and Pereira agreed that Pereira would be the birth mother and the child would have Milagros’ last name. The procedure was a success. Pereira, the birth mother, subsequently gave birth to fraternal twins in 2009, one boy and one girl. Tragically, due to a premature birth (there exists a higher risk with twins being born prematurely when in vitro fertilization occurs), the boy did not survive beyond 2 days of life, and the girl was born with special needs.

The couple raised the girl together in their jointly owned home over a period of four years. This is a case where you can see the intersection of family law litigation with same sex parents and child custody. Both cared for the child, took her to medical appointments, and held themselves out as a married couple, though legally unmarried. The parties twice consulted with an adoption attorney regarding the process for the former partner to adopt the child, but no adoption occurred prior to their separation. Id. at 369. Essentially, the couple behaved as parents working in tandem to provide for the best interests of their child, but as the Courts have recently cemented, behavior and custom does not trump biology.

In 2013, the couple separated. The birthmother severed all ties between Milagros and the child. Unbeknownst to Milagros, Pereira changed the child’s last name from Milagros to Pereira. Milagros believed she had no choice but to file a court action to establish her parental rights with the child, a child she helped raise. The Court would ultimately side with the birth mother in this same sex parents and child custody dispute.

Traditionally, in ruling on same sex parents and child custody, “the common law of Florida empowered judges to award child visitation against the will of the birth, biological, or legal parent when the judge found that visitation was in the best interest of the child because a non-parent qualified as a “psychological parent.” Id. at 370. However, this tradition has recently been deemed anachronistic.

Now, regarding same sex parents and child custody, the Court has decided that a birth parent’s constitutionally protected right of privacy should prevail in the face of a challenge by a non-biological party. The Court reasoned: “Florida’s constitutional right to privacy recognizes the zone of autonomy around a nuclear family into which a judge, legislator, or official, no matter how well intentioned, simply cannot go.” Id. at 370. The Court derived from Florida’s enhanced constitutional right to privacy that it is violation of a biological parent’s right to privacy for the legislature to confer on non-parents, even biological relatives such as grandparents, the right to visit minor children against the parents’ will. Id. at 370-71. 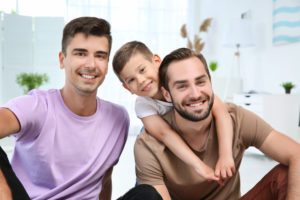 The Court held that, exhibiting an intention to raise a child together does not confer legal rights of parenthood on a non-married, non-biological purported parent, “the birth mother had parental rights protected by the constitution that prevailed over the claims of a partner who was neither the biological nor legal mother.” Id. at 372. The Court denied Milagros’ petition for parental rights and established that if there is not a biological or legal relationship to the child, the Court could not force the birth mother to allow another to invade her family’s privacy.

The exact language expressed by the Court in rendering its opinion on same sex parents and child custody, is “whether the benefits of such support, from a former partner who is neither the biological or legal parent, outweigh possible detriments lies in the hands of the birth mother: The State of Florida cannot wrest that choice from her.” Id.

As the Florida courts continue to render decisions on same sex parents and child custody, we will aspire to provide insights and commentary.

Jonathan Jacobs is a same sex parents and child custody attorney in Central Florida, with offices in Winter Park and Clermont Florida.

Neyza Guzman is a third-year law student and Juris Doctor candidate at Barry University School of Law. She will sit for the Florida Bar in July 2019. Ms. Guzman excels with legal research and writing, holds a prestigious position on the board of the Child and Family Law Journal, and continues to distinguish herself in the family law field as a researcher and a scholarly writer.