An important and recent family law decision regarding the equitable distribution of property in Florida that you need to be aware of comes from the case of Ramos v. Ramos, LEXIS 17847, (Fla. 4th DCA 2017)). In Ramos, the District Court of Appeals ruled that commingling may be proven by an appreciation of pre-marital assets. Commingling of marital assets in Florida, which creates marital property in the eyes of the court as concerns equitable distribution of property in Florida, may occur when pre-marital assets appreciate in value during the marriage, but does not occur when pre-marital assets depreciate significantly in value during the marriage. Stated simply, if one spouse owned property before getting married, and that property goes up substantially in value while they are married, the court may choose to consider the appreciated value as co-marital property subject to equitable distribution. Call a divorce attorney Orlando and divorce attorney Clermont FL today for the answers you need. The Jacobs Law Firm may be reached by calling 407-335-8113.

In Ramos, the Court explicitly determined that “Section 61.075(6)(a)(1)(b), Florida Statutes (2016), states that only the enhanced value of non-marital assets resulting from the efforts of either party during the marriage will become marital. Our case law is reflective of the Statute.” Basing its decision regarding commingling on another important 4th DCA case about the equitable distribution of property in Florida, Pereboom v. Pereboom, 959 So. 2d 1205, 1206 (Fla. 4th DCA 2007), the Court noted that the Husband proved he had owned and operated his business for a period of at least ten years prior to the beginning of his marriage. The Jacobs Law Firm, Family Lawyer Clermont FL, and a Family Lawyer Orlando, can litigate your case to help protect your assets.

Commingling of Marital Assets in Florida

Consequently, there was no commingling of marital assets in Florida as typically defined, and the Court needed to assess whether the business and its assets notably appreciated during the court of the marriage. Had the Husband’s business augmented in value, the Court might have ruled differently. This is why family law cases are fact-specific and one fact can change the entire outcome of the court’s ruling. 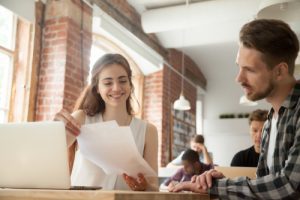 Instead, following the steps provided in the aforementioned Pereboom case, the burden shifted to Former Wife to prove to the court that the Husband’s premarital business had become marital property through an enhancement of its value. When the Former Wife could not make such a showing, the Court ruled the Husband’s business did not qualify as a marital asset subject to equitable distribution, and in fact, had not been commingled in any demonstrable way.  In this case, the Former Wife did not show that she had made substantial contributions to the business that would have caused it to be classified as martially commingled, or the commingling of marital assets Florida.

The Ramos case is important in Florida family law because it in a sense makes the burden harder on the party seeking the inclusion of a business to be counted as a marital asset subject to equitable distribution. Jonathan Jacobs is a Family Lawyer Clermont FL, and a Family Lawyer Orlando.

Learn more about alimony in Florida by reading some of our blog articles concerning Florida law: Durational alimony, women paying men alimony, alimony factors, short term alimony, permanent alimony, and rehabilitative alimony. Here on our website, we have a web page devoted to discussing and elucidating alimony in Florida. This marital dissolution process can be educational because of the number of life lessons a person can learn during the process, which can take a great deal of time!

What about child support health insurance? Divorce mediation? We let you know more information about those topics too. Attorney Jonathan Jacobs specializes in same sex divorce, relocation with minor child cases, as well as in other family law matters and civil litigation.