When you are involved in a domestic violence injunction Florida, call an Orlando domestic violence attorney immediately at 407-335-8113. As a Domestic Violence Attorney Orlando, the Jacobs Law Firm knows that domestic violence comes in many forms. Domestic Violence is among the most serious and potentially life-threatening issues facing many defenseless people. One can imagine that with Covid-19 (the Coronavirus) driving many people to stay inside of their homes, and with the prohibition on some of our basic movements, problems with domestic violence seem to be ramping up. If you have been victimized, you may always call law enforcement to file a report and for protection. When you also want to file a civil lawsuit asking the domestic relations court for an injunction for protection, call a Domestic Violence Attorney Orlando at 407-335-8113. We want to hear from you to see how we may help you get the relief you need when you need it the most.

Be sure that you are eligible to file and receive an injunction for protection against domestic violence. As mentioned above, the word “family” plays a large part in this type of civil lawsuit. The Statute defines Family or household member as a spouse, former spouse, an individual related by biology (blood), means spouses, former spouses, people that have a child together, and there may be restrictions depending on whether the parties are currently living together. A civil action for domestic violence injunction Florida is under the umbrella of the domestic relations/family law circuit court.

An Orlando Domestic Violence Attorney can help you determine if filing an injunction is appropriate and provide specific instructions as to where and when to file. Time may be of the essence with these delicate matters. Hiring a Domestic Violence Attorney Orlando can make a big difference in the outcome of your case as all hearings are evidentiary hearings wherein testimony and other evidence may be admitted under oath. Call the Jacobs Law Firm today for help, 407-335-8113.

Are ready to hear about the reality of the situation when there is a domestic violence injunction Florida about to be issued for or against you? As a Respondent, your first thoughts will likely be those of a rewind artist playing back the alleged incident in your mind for clarity and verification of your innocence or guilt. Once any panic has set in, you might ask yourself, “how did I get myself into this situation?” Life is MESSY. There is rarely any linearity, but there is plenty of zigzagging. Sometimes people find themselves in relationships that face hardships and struggles, or discussions that they should not have because the words spoken will likely lead to conflict. In those moments when hurtful words were spoken, adding a filter and an intellectual spin to those phrases and sentences was likely not factored into the equation. Both parties can be affected. Attorney Jonathan Jacobs is a domestic violence attorney Orlando.

Remember that charges and accusations work both ways, with both genders as the petitioner(s). Men accuse women, and women accuse men. How will the Respondent answer these charges and protect him/herself to the best of their ability against them? What are the Petitioner’s concerns? Will he/she receive the protection they have asked the court for? These are the questions you may ask your Orlando domestic violence attorney, and those that the Judge assigned to your case will hear during the domestic violence injunction hearing Florida. 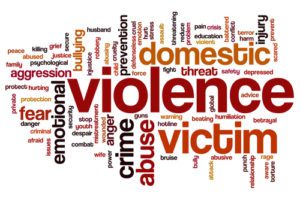 Deciding whether to hire an Orlando domestic violence attorney to enforce and protect your rights is not just a financial decision, it is a decision based on all of the circumstances you are facing. Once you have hired an attorney, together you will prepare for the subsequent proceedings by thoroughly reviewing your facts, police report, and any other evidence that could be brought against you. Before the injunction hearing there may be time for depositions, and of course discovery requests may be propounded. This can help determine the validity and strength of the accusations, and for building a strategy for litigating at the hearing, which is usually scheduled to occur within 15 days. Ultimately, during the hearing, both sides will argue before the Judge about whether an injunction is warranted under the circumstances. Based on Florida statutory law, the Judge will ask the parties if there is a threat of imminent danger. Also, is the domestic violence likely to recur, if it has occurred at all? This is a fact-specific inquiry. Judges often view the proceeding in a totally different way than the contestants do. It is all about perspective based on the evidence presented and allowed in pending any evidentiary objections propounded by the attorneys or litigants themselves. Consider if you need to hire an Orlando Domestic Violence Attorney today.

Hire an Injunction Attorney to Help You Win Your Case