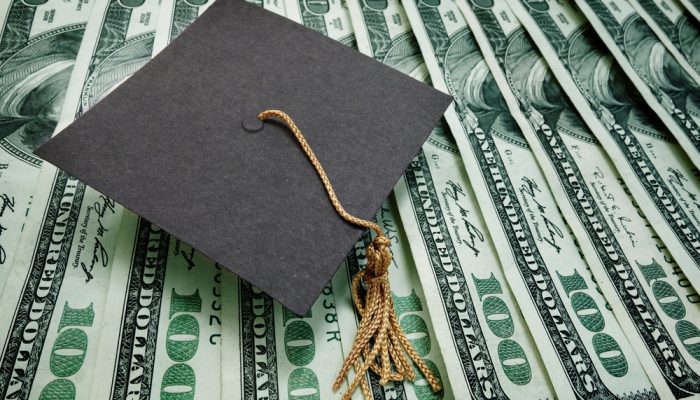 We begin our inquiry into whether student loans are marital debt in Florida with a hallmark decision issued by the Fifth District Court of Appeal. In Adams v. Cook, a divorce/dissolution of marriage case, the Fifth District Court of Appeals overturned the trial court’s ruling when it decided that the former wife‘s student loans were in fact a marital debt subject to equitable distribution. 969 So. 2d 1185 (Fla. 5th DCA 2007). The facts teased out during the trial clearly allowed the higher Court to overrule the trial court’s rather inept decision. Factually, the former wife started law school during marriage, during which portions of student loans that exceeded her tuition were deposited into parties’ joint bank accounts. The parties used former wife’s extra loan money deposited into their joint accounts for living expenses. Id. at 1186–87. Are student loans marital debt in Florida? Florida Statute 61.075(1) does not distinguish between student loans and other liabilities as a standalone non-marital debt. There is no such distinction allocated to student loan debts. Call the Jacobs Law Firm at 407-310-5636.

Do the Courts Think Student Loans Are Marital Debts in Florida?

Illustrating this point, in Adams v. Cook the trial court mistakenly reasoned that Wife’s law degree was solely for her benefit and, thus, the debt incurred in obtaining it was solely hers. The Appeals Court corrected the trial court by stating “whether one party obtained the benefit of the marital debt does not determine the equitable distribution of the debt under section 61.075(1).” The Second District Court of Appeals then began grappling with this issue to focus on answering our question, are student loans marital debt in Florida. In Rogers v. Rogers, the Court started with the general proposition that student loan debt incurred during a  marriage is a marital liability that must be equitably divided absent evidence to the contrary. 12 So. 3d 288 (Fla. 2d DCA 2009), West’s F.S.A. § 61.075(5)(a)(1).

The Second District Court of Appeals then rendered a definitive decision in Gudur v. Gudur, a landmark 2019 case answering the question “are student loans marital debt in Florida?” the Court pontificated that the “fact that one party in a dissolution of marriage proceeding will not receive any benefit from the other party’s education because of the dissolution is NOT a factor to be considered when allocating a marital debt for student loans.” 277 So. 3d 687 (Fla. 2d DCA 2019). Furthermore, the Court decided “whether a party would receive a benefit from the other party’s education was NOT a factor to be considered in allocating marital debt for student loans…” Id.

If you are searching for a Winter Park divorce attorney and a small claims contract attorney, call the Jacobs Law Firm.